iSCSI target volume does not show on Windows 7 iSCSI Initiator

I set up the Linux VPS with iSCSI target just fine, using this tutorial.

Other than changing the user name and password mentioned in the tutorial and making the volume to be a lot bigger (I used 100GB), everything else is the same.

I was able to start the Target as well:

The strange part comes when I was trying to set up the connection in Windows 7 using the iSCSI initiator, somehow I was able to connect to the target but there is no volume in the Volume and Devices tab list. The autoconfigure is not responding nor I could see anything in the Disk Management. I tried it on another Windows 2008 R2 VPS server (in yet another DC) and the same issue happened as well. I have also tried on my own laptop running on Windows 7 Ultimate and the same thing happened. I was following this tutorial for the Windows set up.

Could you please help?

I have attached the screenshots here for your reference: 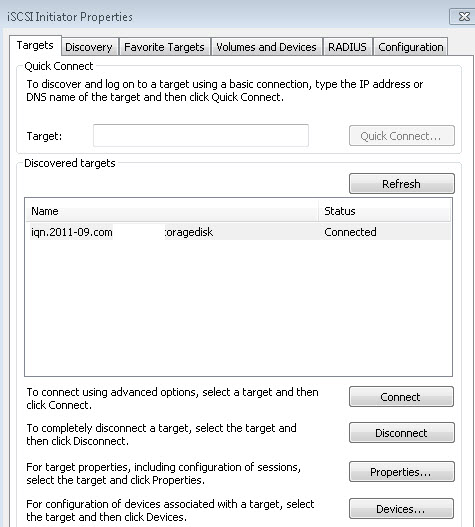 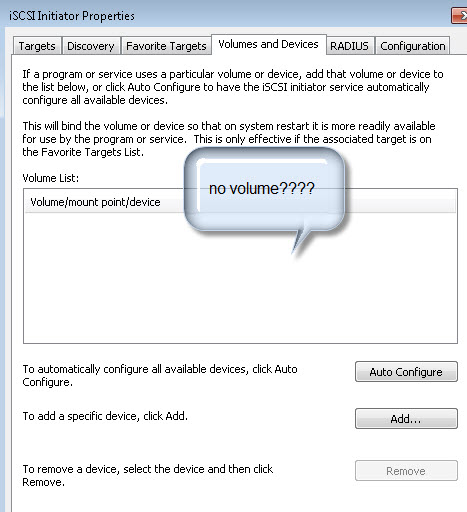 Turns out I made a typo in the configuration file and pointed the LUN to a folder that does not exist, silly me...