What is causing high CPU usage from this query/execution plan?


I have an Azure SQL Database that powers a .NET Core API app. Browsing the performance overview reports in the Azure Portal suggests that the majority of the load (DTU usage) on my database server is coming from CPU, and one query specifically: 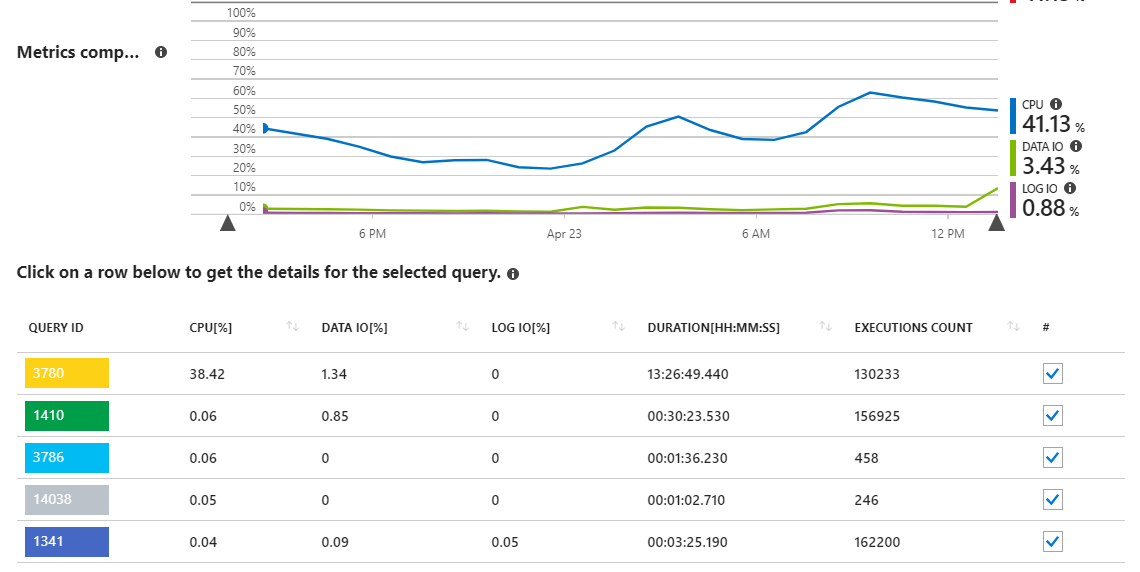 As we can see, query 3780 is responsible for nearly all of the CPU usage on the server.

This somewhat makes sense, since query 3780 (see below) is basically the entire crux of the application and is called by users quite often. It is also a rather complex query with many joins necessary to get the proper dataset needed. The query comes from a sproc that ends up looking like this:

If you care, full source for this database can be found on GitHub here. Sources from the query above:

I've spent some time on this query over the months tuning the execution plan as best I know how, ending up with it's current state. Queries with this execution plan are fast across millions of rows (< 1 sec), but as noted above, are eating up server CPU more and more as the application grows in size.

I have attached the actual query plan below (not sure of any other way to share that here on stack exchange), which shows an execution of the sproc in production against a returned dataset of ~400 results.

Some points I am looking for clarification on:

I feel like I can get better CPU performance out of this query, but I am at a stage where I am not sure how to proceed on tuning the execution plan any further. What other optimizations could be had to decrease CPU load? What operations in the execution plan are the worst offenders of CPU usage?

You can view operator level CPU and elapsed time metrics in SQL Server Management Studio, although I can't say how reliable they are for queries that finish as quickly as yours. Your plan only has row mode operators so the time metrics apply to that operator as well as the operators in the subtree below it. Using the nested loop join as an example, SQL Server is telling you that entire subtree took 60 ms of CPU time and 80 ms of elapsed time:

Most of that subtree time is spent on the index seek. Index seeks take CPU too. It looks like your index has exactly the columns needed so it isn't clear how you could reduce the CPU costs of that operator. Other than the seeks most of the CPU time in the plan is spent on the hash matches which implement your joins.

This is a huge oversimplification, but the CPU taken by those hash joins is going to depend on the size of the input for the hash table and the number of rows processed on the probe side. Observing a few things about this query plan:

It would be more natural to write your query as a UNION ALL. The first half of the UNION ALL can include rows where C.[UserId] = @UserId and the second half can include rows where C.[UserId] IS NULL. You're already doing two index seeks on [dbo].[Cipher] (one for @UserId and one for NULL) so it seems unlikely that the UNION ALL version would be slower. Writing out the queries separately will allow you to do some of the filtering early, both on the build and the probe sides. Queries can be faster if they need to process less intermediate data.

I don't know if your version of SQL Server supports this, but if that doesn't help you could try adding a columnstore index to your query to make your hash joins eligible for batch mode. My preferred way is to create an empty table with a CCI on it and to left join to that table. Hash joins can be much more efficient when they run in batch mode compared to row mode.