Unfortunately MyApp has stopped. How can I solve this?


I am developing an application, and everytime I run it, I get the message:

What can I do to solve this?

About this question - obviously inspired by What is a stack trace, and how can I use it to debug my application errors?, there are lots of questions stating that their application has crashed, without any further detail. This question aims to instruct novice Android programmers on how to try and fix their problems themselves, or ask the right questions.

Your application quit because an uncaught RuntimeException was thrown.
The most common of these is the NullPointerException.

How to solve it?

Every time an Android application crashes (or any Java application for that matter), a Stack trace is written to the console (in this case, logcat). This stack trace contains vital information for solving your problem. 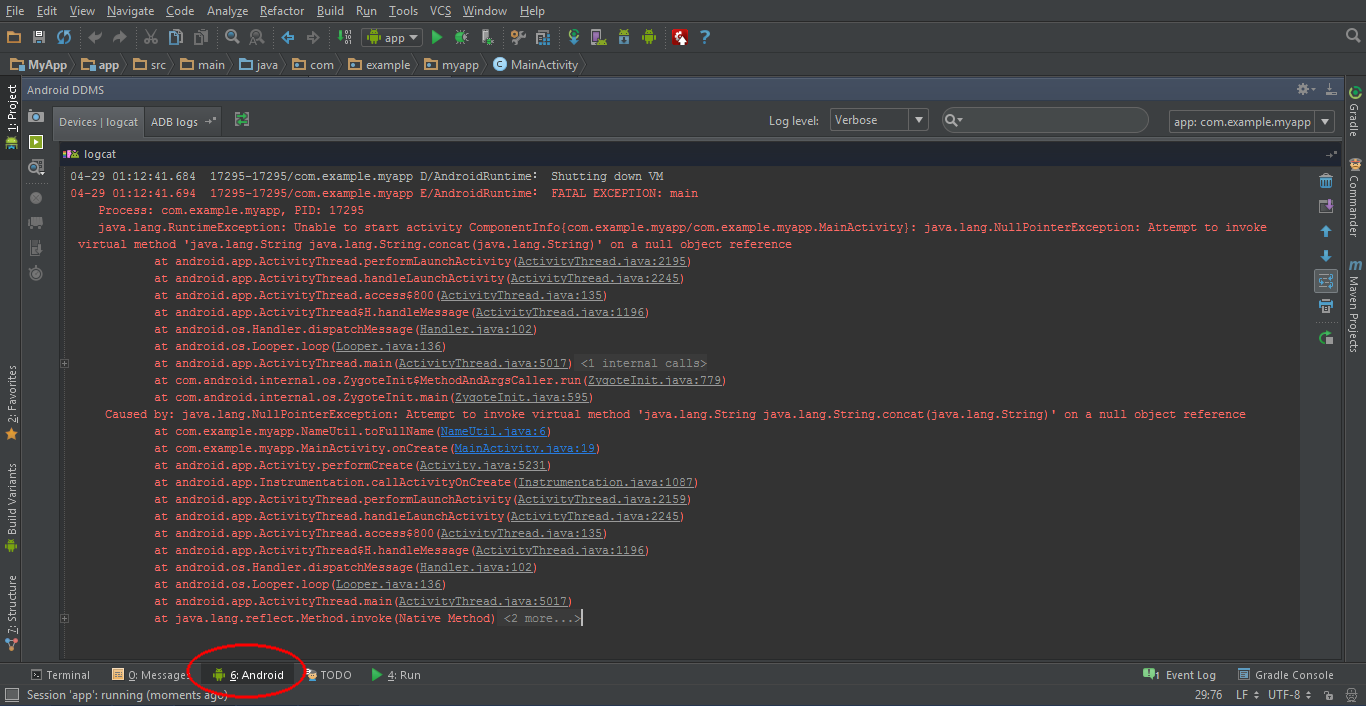 In the bottom bar of the window, click on the Logcat button. Alternatively, you can press alt+6. Make sure your emulator or device is selected in the Devices panel. Next, try to find the stack trace, which is shown in red. There may be a lot of stuff logged into logcat, so you may need to scroll a bit. An easy way to find the stack trace is to clear the logcat (using the recycle bin on the right), and let the app crash again.

I have found the stack trace, now what?

Yay! You're halfway to solving your problem.
You only need to find out what exactly made your application crash, by analyzing the stack trace.

Read up on stack traces in "What is a stack trace, and how can I use it to debug my application errors?"

I still can't solve my problem!

If you've found your Exception and the line where it occurred, and still cannot figure out how to fix it, don't hesitate to ask a question on StackOverflow.

Try to be as concise as possible: post the stack trace, and the relevant code (e.g. a few lines up to the line which threw the Exception).

Local articles referenced by this article: